Tara True
Tara True Murphy is a licensed real estate broker and has been practicing residential and commercial real estate in Massachusetts since 1999. Tara is a Dedham resident and active community volunteer. She is the mother of six children, Mackenzie 9, Mason 8, Merrill 7, Maggie 5 and Morgan 3 and Maisie 3. She was voted volunteer of the year by the Melanoma Foundation of New England after raising $15,000 for the foundation in 2007. Tara was involved with the Big Sister of Boston Organization for five years and ran her third Boston Marathon in 2010 for CRI-G ROW Boston. Tara is the Daughters of the American Revolution Contentment Chapter Regent and member of Mayflower Society of Massachusetts as well as a Lifetime Member of Ancients and Honorables. Tara served as the Co-Chair and Membership Coordinator of Dedham Parent Time and is a member Dedham Young Women’s Club. She is also an active volunteer at the Dedham Food Pantry. Tara received a BS in Finance from Boston College.

Nancy True
Nancy Mucciaccio True is a licensed real estate broker and has been practicing residential and commercial real estate in Massachusetts since 1992. Nancy is deep-rooted in the local community, attending Dedham High School (class of ’70), University of Massachusetts Amherst, serving as a French teacher as well as a Head Coach for the Town of Dedham, and later as the President of True Associates Inc.  Since 2006, Nancy has been a part of what is currently Gibson Sotheby’s International Realty, where she works out of the Westwood office.  Nancy has a vast portfolio of sales including multi-million dollar single family estates to starter homes, condominiums, multi-family and land listings, in towns such as Westwood, Dedham, Dover, Walpole, Norwood, Medfield, Winchester, Beverly, Canton, North Attleboro, Boston, Bellingham and more. 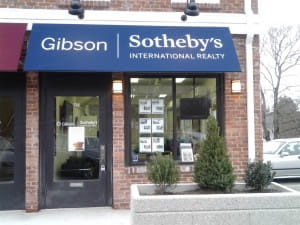 The Westwood office of Gibson Sotheby's International Realty is located at 745 High Street. Click here to contact us. 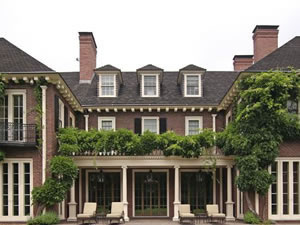